This is a follow-up to my last post talking about ways to ensure continual spiritual growth. In the post, I talked about some big bucket areas that I wanted to check on monthly to ensure I was growing in them.

Along with those buckets, I wanted to look up some memory verses as reference points for my actions during the month.

Here are the buckets/verses I came up with.

As I mature in my faith and understanding of God, it’s become more apparent how critical it is that I _saturate_ myself in the Word of God. I’m getting to the point where I feel like it needs to be my #1 spiritual discipline.

I mean, it’s the stinkin’ Word of God in written form. Where else is God’s wisdom, advice and direction going to be more clear? It doesn’t get more burning bush than “Love God, love your neighbor.” Seriously. ;)

I have a tendency to pray for my issues and my needs _way_ too much. Last I checked, there was only one me and billions of other people. To be fair, it seems like I should probably pray for some of those billions of people a little bit more than I have. ;)

1 Timothy 2:1 (NIV)
1 I urge, then, first of all, that requests, prayers, intercession and thanksgiving be made for everyone

Ability to love people and demonstrate that love

Romans 13:8 (NIV)
8 Let no debt remain outstanding, except the continuing debt to love one another, for he who loves his fellowman has fulfilled the law.

Engaging others about Jesus

I live in a bubble. A gimongous, Christian bubble. It’s time to pop that bubble and get dirty. <– period.

This was added after my initial list because it needs to happen. I need to continually be broken before Jesus about all the stuff I’m screwing up.

1 John 1:9 (NIV)
9 If we confess our sins, he is faithful and just and will forgive us our sins and purify us from all unrighteousness.

It was good stuff.

One of the things he talked about was creating an atmosphere of growth. He used a laptop as an analogy for human tendency. If you let a laptop sit there, it will eventually “go to sleep.” The same goes for us as humans. We naturally tend to maintain the status quo and be lazy.

So I’ve been thinking about creating an atmosphere of growth in my own spiritual life.

For starters, there are a handful of things I know I need to be consistently growing in regardless of what season or stage in life I’m in.

Those are the ones I can think of right now. I’m a systems kind of guy, so what I plan on doing is looking up some related scripture, memorizing them and taking a look at my progress on these areas each month.

Let’s call this Phase 1 of creating a growth environment. ;)

When you’re on the mission field, you expect God to move. All the time and in every little situation. You are more inclined to “go with God” and be open for the tasks and challenges placed before you.

Not so much in the United States. We have 9 to 5 jobs to attend to. Hobbies, friends, sleep to catch up on. Lawns to mow, errands to run.

You find out someone is sick and respond with “I’ll be sure to pray for you.” And you forget. Been there, done that. You’re in Wal-Mart and the line is ridiculously long and not showing any signs of getting shorter any time soon. You get impatient.

In Costa Rica, when we find out someone is sick or has a specific prayer need, it’s like “alright, let’s throw down some prayer and laying of hands right now.”

What? Our plane is delayed because of a watermelon and we have to stay an extra night? God must be doing something. There must be a reason. What? We’re tired and want to go home and have been waiting on the curb for an hour. How about we sing some worship songs while we wait?

How about we go talk to that guy sitting by himself (Leslie) and lead him to Jesus while we’re at it.

One of the things I took away from Costa Rica is the understanding that God can and does move in every little situation.

There is a way to bring the Jesus perspective into pretty much every situation. Even here in the United States amidst our “normal” routines. It’s just a matter of consciously being aware of and taking advantage of them. What if we were to pray with people on the spot? Sing worship songs in long lines. Talk to the people in line with us?

There’s too many unsaved people in the world to be ignoring opportunities given to us everyday. 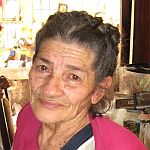 For one of our outreaches, we went into the community of Aurora to pray for people with needs. The first stop was a woman named Angela. <insert prayer requests here>

While we were praying for her, it was easy to see she was overwhelmed by the expression of love from the group.

All 17 of us piled into her house, laid hands on her during prayer and gave her hugs and whatever encouraging Spanish sayings we could muster before leaving.

I think Dios de bendiga (God bless you) was a popular one. ;) 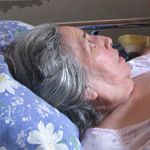 After praying for Angela, the next stop was a women named Serena.

Serena had been bed-ridden for the past five years with complications with her stomach. Again we packed as many people as we could around her bed and began to pray with her.

The presence of God in that room was thick.

But the party only just started. After everyone was done praying, the group started to funnel out of the house. About this time Serena began to speak. Lauren, our translator, said something along the lines of “that’s not Spanish” (i.e. she was speaking in tongues).

For some of our group, it was the first time they had heard anyone speak in tongues and see God manifest himself that way.

That prompted the few left to continue praying for Serena. Unfortunately, I wasn’t in the room so I can’t give you any more details. But what I can tell you is that when people walked out of Selena’s house, it was pretty obvious God had wrecked some of our group members through the entire experience. ;) 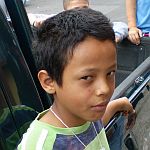 The reason we knew about Angela and Serena was because people in their neighborhood knew they were in need and could use some prayer. After we had prayed for Angela, a boy named Giovanni said he knew of another woman who needed prayer. This woman ended up being Serena.

After all this went down, I couldn’t help but think of Duke’s talk about knowing your neighbor.

We found out from Serena’s daughter that it had been a long time since anyone had last came to visit or pray for Serena. But here was this boy Giovanni who knew her, knew where she lived and knew her specific need.

Because of that, we were able to see God move in a powerful way. Both through Serena and in our own personal lives.

As Susannah shared one morning, it’s the power of God through simplicity.

One evening, Duke Hammond (the president of 6:8), shared a little Bible nugget to the group. In part of his talk, he touched on the Greatest Commandment.

Duke went on to share a little experiment they did with one of the teams. Each member of the team was given a picture of a tico (the common name for a Costa Rican) with nothing more than what part of Alajuelita they were from.

No name, just a picture. The task was to find the person.

What the team found out was that everybody in Alajuelita knows their neighbor. Every team member found their assigned person by simply showing the picture to people in the community.

Eventually someone would lead them to where the person lived.

I live in a townhouse with a total of eight connected units. Show me a picture of the person who lives at the other end of my building (less than a 10 second walk away) and I wouldn’t know their name. In fact, I wouldn’t even recognize their face.

How can you love your neighbor, let alone express that love without at least knowing their name?

This little nugget came alive and started to resonate within my spirit later on in the week with a woman named Serena whose story I will share in a future post.

It is a testimony to the power of knowing your neighbors.

Here are the eight people in my building.

I hope to fill in the missing names soon.