Honestly, I never look forward to whenever my church does a 21-day fast to kick off the year.

I don’t look forward to it because what should be a deeply spiritual act nearly always deteriorates into nothing more than a shift in what I eat.

I keep trying year after year to raise the spiritual bar, but haven’t quite nailed it (yet). What I have nailed is a few practical pointers that I hope will help on your next fast.

END_OF_DOCUMENT_TOKEN_TO_BE_REPLACED

Any worship songs you’re diggin’ currently? Share them with me in the comments!

Lately, I feel more drawn to the mellow stuff. While I love the high-energy anthem type songs, they just don’t work well for intimate worship at home…

As I was running by these cars, I realized this truth…

Often the small decisions and behaviors we think only affect us, unintentional influence others.

I heard a friend say they only brush their teeth once a day. Being the poster child of efficiency, I jumped on this idea. I’m the guy who only flosses two weeks leading to a teeth cleaning because the dentist has always said my teeth/gums look great. So why floss 365 days a year when you can floss 14 and get the same results? ;)

You know what happened when I did that? I was told my breath stinks.

In high school, I attended a youth group as a non-Christian outsider. I was really just there to hang out with friends and play ping pong. #truestory

As an indirect result, I learned a little bit more about Jesus and Christianity. You know what I learned? Christians are hypocrites. The same people who preached repentance and “what would Jesus do?” in the school hallways were the same people doing drugs, having premarital sex and getting drunk on the weekends.

Not very Christ-like at all.

Unintentionally, their decisions influenced me away from Christ. They had no idea the deep impact and impression their actions left on me. For the next three years I thought Christianity was nothing more than a label.

It held no eternal significance to me.

The line of cars above started with just one decision.

A decision the person thought was no biggie and only affected them. But one decision ultimately led tens of others to follow their lead.

No one is exempt from that truth.

Who are the main people you influence? Think of them by name. Your kids, your co-workers, your spouse, your fellow classmates, your friends? Heck, even all your social media followers.

Are you doing anything that could negatively impact them? Because we are all influential, it’s worth taking the time to answer that question.

How would your kids define the word “family” based on what you do when you’re together? Is there quality time happening or does everyone do their own thing? How do you treat and talk to your co-workers? Are they attracted to you because you’re kind-hearted or repelled by all your gossip? Are people unfriending you on Facebook because of your endless stream of negativity and complaining?

And, don’t forget, as Christians we influence people either toward or away from Christ.

How has someone positively or negatively impacted you with their decisions or behavior? 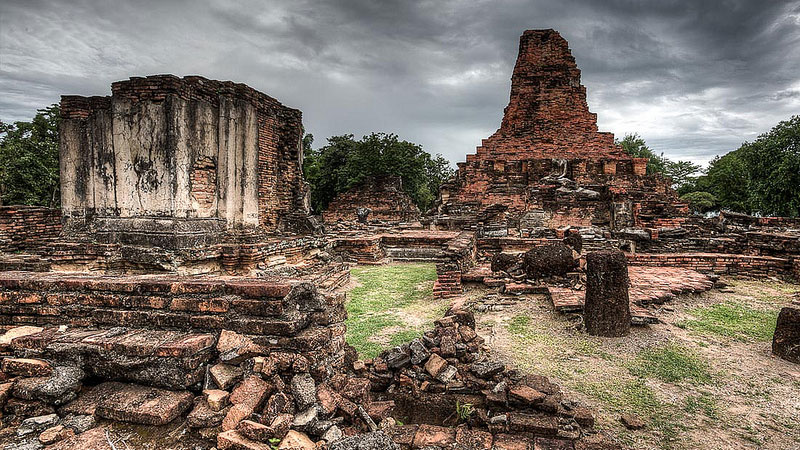 Nehemiah 2:12 (NIV)
…I had not told anyone what my God had put in my heart to do for Jerusalem.

A word from God changes everything.

You have the perspective, perseverance and courage you need to walk that call out.

But so often we don’t bother asking God what his heart is for us and then we have no perspective, no perseverance and no courage.

What situation or problem are you facing now? Have you asked God what his heart is for you?

You will need that spiritual burden to succeed. When we don’t have that spiritual burden, we get easily weighed down by emotional, mental and physical burdens. We hit eject too early. We wander aimlessly. We achieve nothing of value. All while the life and energy gets sucked out of us.

And, ultimately, we miss out on not just what God wants to teach us, but what he wants to do through us.

A spiritual burden allows you to look out on a hopeless situation, just as Nehemiah did…

Nehemiah 1:17 (NIV)
Then I said to them, “You see the trouble we are in: Jerusalem lies in ruins, and its gates have been burned with fire.

…and know you can succeed.

Nehemiah 1:20 (NIV)
I answered them by saying, “The God of heaven will give us success. We his servants will start rebuilding…

It’s always easier to persevere when we know we’re on the path God has called us to. How have you seen that ring true in your life? Share with me in the comments, por favor!

Ever have one of those moments where you’re blindsided? Left to pick your mouth up off the floor?

I was having a conversation with a friend the other day. This dude or dudette (gotta protect the innocent!) had three things they wanted to share with me. One and two were no biggie. But then three comes along.

The thing with bad breath is you can never tell on your own. Try cupping your hands over your mouth and breath like Darth Vader. Yeah, it’s pointless sniffing your own breath. It smells “normal” to me. The thing about us humans is we tend to think everything we do is rainbows and unicorns.

You need friends that will tell you your breath stinks.

We all have blind spots. And without friends willing to speak up and share what those are with us, we will always operate blind. Often to the detriment of ourselves and those around us. (Sorry if I’ve breathed around you recently.)

Proverbs 27:6
Wounds from a friend can be trusted…

The challenge is not waiting for someone to drop a #likewhoa moment on you, but intentionally seeking it out yourself.

This requires a willingness to be humble and vulnerable.

If you’ve had these types of conversations before, will you be vulnerable and share in the comments some blind spots you’ve had brought to your attention?